Drawing on her decades of experience in scholarly publishing in New York and her experience writing and managing large collaborative grants at UNC and Duke, Sylvia consults with faculty and students on their publishing and grant plans and proposals. She also manages the Book Manuscript Workshops; spearheads Publishing Humanities Initiative events; and liaises with the Library, Duke University Press, and other campus units and programs on publishing-related issues and projects.

In the "Special Projects" category, Sylvia also serves as liaison for the Carlyle Letters Online between Duke University Press and the Center for Digital Humanities at the University of South Carolina, where the project is developed and hosted. She is Publications Manager for the Mellon-funded Humanities Futures publishing platform, which includes 70+ "think pieces" by leading humanities scholars from around the world.

Sylvia brings to FHI decades of experience in both traditional and experimental scholarly publishing. As Executive Editor at Scribner Reference and later Publishing Director of Reference at Routledge, she commissioned and published scholarly content for a wide audience, including many multivolume and online encyclopedias that won ALA Best Reference honors and the prestigious Dartmouth Medal.

After moving to North Carolina in 2005, she turned her focus to new forms and methods of publishing, starting with her role as Director of the Mellon-funded Publishing the Long Civil Rights Movement project at UNC Chapel Hill, which experimented with new interactive and multimedia publishing formats and workflows and digitized the complete collection of Southern Oral History Program interviews.

At FHI, she has coordinated several Mellon-funded international scholarly collaborations and managed the grantee organization, the Consortium of Humanities Centers and Institutes (CHCI).  The grant projects involved 20 subcontracting universities around the world and produced many publications, including collaborative websites, a new online journal, and a documentary film. She also co-founded the working group Publishing Makerspace, which won a place at the Scholarly Communications Institute in 2014 and continues to run visioning workshops for hybrid/multimodal projects.

Sylvia received her B.A. from the University of California at Berkeley and her M.A. from Columbia University, both in Comparative Literature.  She is a member of the Phi Beta Kappa honor society, the American Library Association, and the Triangle Book Artists Association.

For more on her recent talks, writings, and activities, see her Scholars@Duke page. Follow her on Twitter @SylviaKMiller. 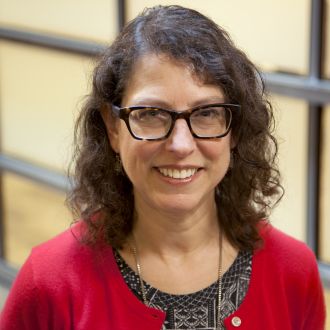