Climate catastrophe cannot be thought outside of the context of empire and the forms of racialization central to global capitalism, including the degradation of peoples, ecosystems and lands facilitated by states in the global North. Threats to the very existence of the planet and all its inhabitants result from this genocidal global development project, yet the effects are being borne more grotesquely by those who live in the global South. Environmental justice efforts that overlook the longue durée trajectory of the historical operations of capitalism, and the raciality that affixes a disproportionate burden onto ex-colonized areas of the planet and its inhabitants, fall short of pointing us in a direction of systemic and just change.

The Climate Change, Decolonization and Global Blackness Lab seeks to explore the linkages among three pivotal and simultaneously occurring catastrophes—criminality, displacement, pandemics—toward developing a set of principles regarding decolonization as an ethical approach to climate change.  The lab views climate justice from the point of view of historical fault lines, even as we understand and articulate the need for immediate support for those lives and habitats in immediate danger. Still, our efforts must consider the socioeconomic and political machinery that produce these projects of disaster in the first place.  Short-term fixes must be understood within the larger context of the need for a disruption of the business-as-usual mindset and a reassessment of those so called ‘externalities’ or ‘collateral damage’ deemed necessary for unending accumulation in the name of idealized notions of progress and productivity.

As the socio-philosopher Denise Ferreira da Silva and others suggest, the reparation of the planet caught in the turmoil of modernity and modernization cannot be achieved through projects premised on post-Enlightenment liberal thought and founded on the hierarchical separation of socionature that created the crisis in the first place. In other words, policy still constructed on the idea of progress and freedom via economic growth despite their gestures to a so-called green awareness offers no real solution to resetting the trajectory of development. We need therefore, to find ways to disrupt these established approaches that continually entrench the coloniality of power in order to reimagine solutions to dwelling and flourishing without the violence toward humans and nonhumans, and planetary life. The lab, therefore, seeks to interrogate such fixes based on growth, regrowth, and degrowth, highlighting efforts underway in several communities in the Global South by activists and ordinary people for whom life is already or continues to be untenable in the wake of such catastrophes.

The lab examines climate change critically, experimentally and interrogatively, through the lens of coloniality, decolonization from the vantage points of the Global South and Global Blackness. Through research, workshops, and site visits, we hope to expand similar networks, produce teaching tools, and distill a body of principles linking decolonization as the ultimate ethical demand and redress of our times aiming to combat these planetary catastrophes, that channel and link ideas of progress and freedoms with unsustainable ideologies based on principles of high growth, that treat as externalities, socioeconomic inequality, and environmental destruction. 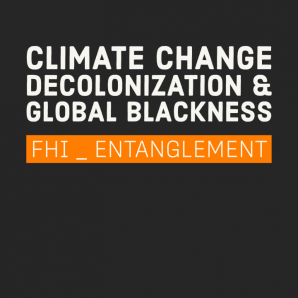 Click for full lecture info and (when available) event videos.

Feb 9 | Hannah Holleman, "No Empires, No Wastelands: The Necessity of Forging a Real Ecological Solidarity for the 21st Century"

Feb 16 | Danielle Purifoy, "Plantations Are Not Forests" (virtual only)

Mar 23 | Karen Barad, “After the End of the World: Entangled Nuclear Colonialisms, Matters of Force, and the Material Force of Justice"

END_OF_DOCUMENT_TOKEN_TO_BE_REPLACED

Plantations Are Not Forests

No Empires, No Wastelands: The Necessity of...