Faculty Book Manuscript Workshops provide a structure for generating constructive, informed criticism on near-final book manuscripts, at a moment in the writing process when authors can most effectively utilize such feedback. The program's goal is to transform already excellent scholarly projects into superior published works. The program allows faculty to invite two experts in their field and an acquisitions editor from a major scholarly press to campus. During a half-day workshop, these guests present their thoughts on the manuscript, followed by a response from the author and discussion with a broader group of invited faculty from Duke and other universities in the Triangle.

Launched in 2008 and supported by the Mellon Foundation from 2011 to 2015, the Workshops are currently funded by the Provost as part of "Together Duke," the University's academic strategic plan. The program is open to regular-rank faculty at all ranks in the humanities, arts, and interpretive social sciences, regardless of seniority - but Assistant Professors will receive priority consideration.

Please see below for books published by "alumni" of the program. To view a list of all award recipients since the inception of the program, click here. 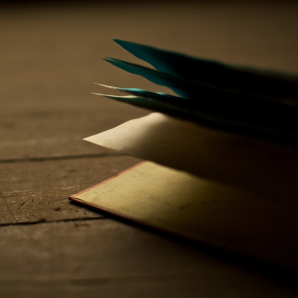 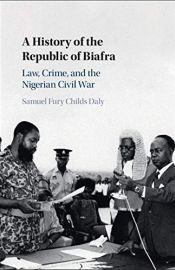 A History of the Republic of Biafra: Law, Crime, and the Nigerian Civil War

The Republic of Biafra lasted for less than three years, but the war over its secession would contort Nigeria for decades to come. Samuel Fury Childs Daly examines the history of the Nigerian Civil War and its aftermath from an uncommon vantage point – the courtroom. Wartime Biafra was glutted with firearms, wracked by famine, and administered by a government that buckled under the weight of the conflict. In these dangerous conditions, many people survived by engaging in fraud, extortion, and armed violence. When the fighting ended in 1970, these survival tactics endured, even though Biafra itself disappeared from the map. Based on research using an original archive of legal records and oral histories, Daly catalogues how people navigated... read more about A History of the Republic of Biafra: Law, Crime, and the Nigerian Civil War » 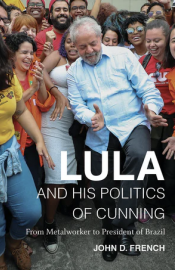 Lula and His Politics of Cunning: From Metalworker to President of Brazil

Known around the world simply as Lula, Luis Inácio Lula da Silva was born in 1945 to illiterate parents who migrated to industrializing São Paulo. He learned to read at ten years of age, left school at fourteen, became a skilled metalworker, rose to union leadership, helped end a military dictatorship—and in 2003 became the thirty-fifth president of Brazil. During his administration, Lula led his country through reforms that lifted tens of millions out of poverty. Here, John D. French, one of the foremost historians of Brazil, provides the first critical biography of the leader whom even his political opponents see as strikingly charismatic, humorous, and endearing. Interweaving an intimate and colorful story of Lula’s life—his love for... read more about Lula and His Politics of Cunning: From Metalworker to President of Brazil » 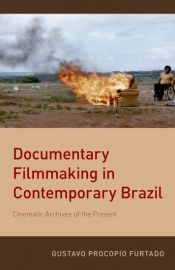 Documentary Filmmaking in Contemporary Brazil: Cinematic Archives of the Present

Winner, 2020 Antonio Candido Prize for the Best Book in the Humanities, Brazil Section, Latin American Studies Association This book examines the vibrant field of documentary filmmaking in Brazil from the transition to democracy in 1985 to the present. Marked by significant efforts toward the democratization of Brazil's highly unequal society, this period also witnessed the documentary's rise to unprecedented vitality in quantity, quality, and diversity of production-which includes polished auteur films as well as rough-hewn collaborative works, films made in major metropolitan regions as well as in indigenous villages and in remote parts of the Amazon, intimate first-person documentaries as well as films that dive headfirst into struggles... read more about Documentary Filmmaking in Contemporary Brazil: Cinematic Archives of the Present » 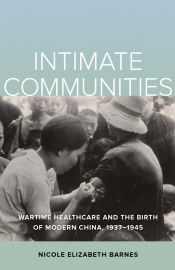 Intimate Communities: Wartime Healthcare and the Birth of Modern China, 1937-1945

Winner, 2019 Joan Kelly Memorial Prize for women's history and/or feminist theory, American Historical Society Winner, 2020 William H. Welch Medal, American Association for the History of Medicine When China’s War of Resistance against Japan began in July 1937, it sparked an immediate health crisis throughout China. In the end, China not only survived the war but emerged from the trauma with a more cohesive population. Intimate Communities argues that women who worked as military and civilian nurses, doctors, and midwives during this turbulent period built the national community, one relationship at a time. In a country with a majority illiterate, agricultural population that could not relate to urban elites’ conceptualization of... read more about Intimate Communities: Wartime Healthcare and the Birth of Modern China, 1937-1945 »

A History of the Republic of Biafra: Law, Crime...

Recurrent questions about space have dogged philosophers since ancient times. Can an ordinary... read more about Space: A History »

Lula and His Politics of Cunning: From...

Known around the world simply as Lula, Luis Inácio Lula da Silva was born in 1945 to illiterate... read more about Lula and His Politics of Cunning: From Metalworker to President of Brazil »

The Song Is You: Musical Theatre and the...

Musicals, it is often said, burst into song and dance when mere words can no longer convey the... read more about The Song Is You: Musical Theatre and the Politics of Bursting into Song and Dance »

Hydropolitics: The Itaipu Dam, Sovereignty, and...

Hydropolitics is a groundbreaking investigation of the world’s largest power plant and the ways the... read more about Hydropolitics: The Itaipu Dam, Sovereignty, and the Engineering of Modern South America »