Directed by the award-winning journalist and author Jonathan M. Katz, the Media and Journalism Initiative contributes to the FHI’s broader efforts to engage with the contemporary transformations in research, teaching, and publishing in the humanities and allied fields.

Americans in the twenty-first century are surrounded by news media like no generations before. The sheer volume of information available on cable TV, smartphones, and social networks is overwhelming. Yet, just as people are consuming more news than ever, public trust in journalists is eroding, and people are looking for new sources of information. Who are the people producing all those videos and articles we share? What are they trying to do, and how do we evaluate their work? What do we know about the economies and politics of news? What is journalism now? This initiative will sort through these questions and more, helping newsmakers and news consumers alike make more educated choices about what we read and post at a critical moment in our democracy.

Jonathan M. Katz is a journalist and author. A regular contributor to the New York Times, he has also written recently for the New Republic, Foreign Policy, Nautilus, and other publications. He was formerly the Associated Press chief correspondent in Haiti, where he survived and was first to internationally report the 2010 earthquake. He later broke the story that United Nations soldiers were responsible for a post-quake cholera epidemic that killed thousands more. Katz won the Medill Medal for Courage in Journalism (now the James Foley/Medill Medal) in 2010. His book, The Big Truck That Went By: How The World Came to Save Haiti and Left Behind a Disaster was a PEN Literary Award Finalist and won the 2013 Overseas Press Club of America's Cornelius Ryan Award for the year’s best book on international affairs. In seven years with AP, Katz reported from across Latin America and the Caribbean, Israel, Palestine, Washington and New York. He is a frequent guest on television and radio. 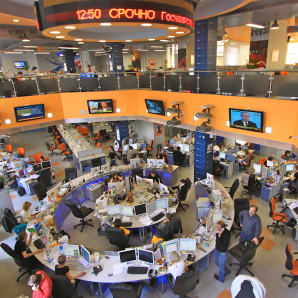 END_OF_DOCUMENT_TOKEN_TO_BE_REPLACED

Trump, Russia and Spies: What do we know now?