From politics to popular culture, from the East India Company to Walmart, the corporation has become one of the most critical economic, political, and cultural institutions of the modern era. It has also been one of the most controversial. Are corporations people, societies, or even governments? Do they have rights? If so, what are their civic, social, ethical, and political responsibilities? Moreover, though they are born of varying forms of domestic law, many corporations have a global footprint and influence on our conceptions of sovereignty and governance, the functioning of international markets, the nature of interstate relations, wealth distribution, international development, and, at a basic level, the lives of people around the world. Yet modern international law has generally been understood to apply almost exclusively to states and to touch only lightly on corporate institutions, with profound consequences for everything from human rights to the global environment. We still lack the robust and extensive concepts and languages to comprehend their jurisdictionally ambiguous and spatially diffuse nature, as well as corporations’ relationships to individuals, states, and other non-state actors in a world filled with various independent or semi-independent political agents besides the nation-state.

Supported by the Mellon Foundation, the Sawyer Seminar on Corporate Rights and International Law: Past, Present, and Future is co-convened by Rachel Brewster, Professor of Law and Co-director of the Center for International and Comparative Law, and Philip J. Stern, Sally Dalton Robinson Associate Professor of History. 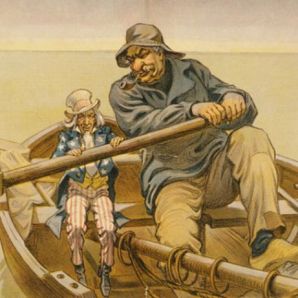 END_OF_DOCUMENT_TOKEN_TO_BE_REPLACED

No upcoming events at this time.